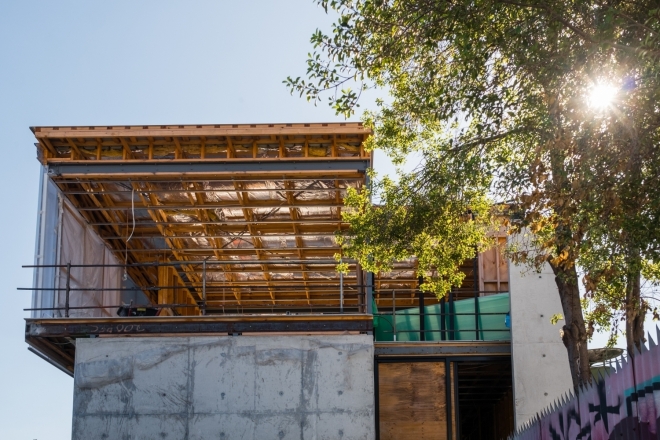 Residential Building and Copyright Infringement – To Injunct or Not to Injunct?

In the recent Federal Court decision of Carlisle Homes Pty Ltd v Tick Homes Pty Ltd [2018] FCA 973 (26 June 2018) the Court was presented with a difficult situation that highlights the role copyright has to play in the world of building and construction.

Copyright can sometimes be dismissed as an esoteric area of law reserved for museum curators and film distributors. This case serves as an illustration that an understanding of copyright law has an important role to play in the contemporary commercial landscape.

Enterprises who understand this are better equipped to make their way in the market than those who are not.

Carlisle caused nine house designs to be created in 2014 and 2015 (Carlisle Designs).

In April 2017, an employee of Carlisle who was aware of and contributed to the creation of the Carlisle Designs was made redundant and took up employment with Tick.

Later in 2017 Tick began selling houses based on the Tick Designs.

Rather than wait for the outcome of a final hearing, Carlisle sought an immediate injunction to prevent Tick from selling homes built based on the Tick Designs.

To get immediate relief, rather than waiting until the end of the litigation, Carlisle had to satisfy the two well-known criteria:

The Court found there was no dispute that the former employee had access to the Carlisle Designs and an opportunity to copy them. The employee himself did not exclude the possibility of “unconscious” copying.

Further, the Court found it “troubling” that the Tick Designs were created from scratch in a very short, three month time frame and that Tick could not produce evidence of early sketches, drafts, emails or similar relating to the Tick Designs.

The Court accepted that the level of objective similarity between the Tick Designs and Carlisle Designs was high.

The Court found the balance of convenience argument required for immediate relief was “finely balanced” but that it leant in favour of Tick and against Carlisle because:

In the end, the Court found against Carlisle. It was not granted the immediate relief it sought.

As a result, it was ordered to pay Tick’s costs of the application.

As well as showing the importance of copyright in a commercial case, this case also serves as a solemn reminder about the difficulty applicants for an immediate injunction face. Here – in a situation the Court found was “finely balanced” – Carlisle was left without a remedy, and with a bill to pay for Tick’s legal costs.

by David Andrews and Steven Song
View all insights

Building and ConstructionDispute ResolutionCorporate and Commercial